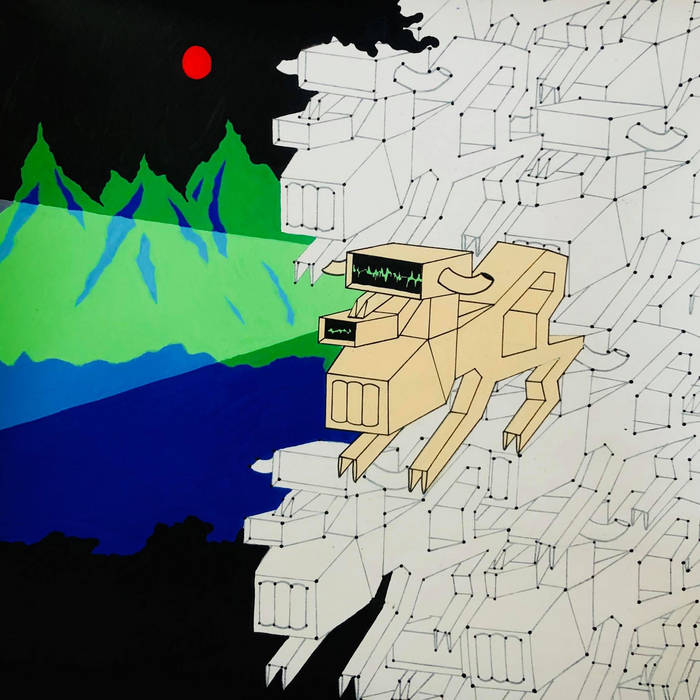 ‘Tottertot’ is the new single from Inwards, the alias of Worcester based producer Kristian Shelley, and the first taste of his new album to be released in 2020. This new material follows an exciting past year for the experimental electronic producer, which saw the release of his EP ‘Feelings Of Unreality’ to major press acclaim and radio support across BBC 6Music, Radio 1, Radio X, Amazing Radio and beyond.

Building on the experimental processes of his previous work, ‘Tottertot’ was the first time the producer tinkered with recording his own voice – “I remember making this tune when I first got a microphone. It's my voice, it's a bit sketchy because I'm not really a singer but I can hit a few notes.” Intertwined with organic samples, drum sequencing and modular synthesisers, the track has a living, breathing quality; a testament to his intention before its creation: “It's about the heart, tottertot, like ya heartbeat, when it goes all quick 'n' stuff. It’s got a melancholic edge to it - I love listening to it.”

Released in late April 2018, his debut album 'Diesel' introduced Inwards in emphatic style, with a cracked, psychedelia-tinged energy and colourful sonic palette. The record pricked up the ears of tastemakers including BBC 6Music's Tom Ravenscroft, Steve Lamacq, Lauren Laverneand Don Letts; BBC Introducing (for whom he performed a live session), TRAX mag, Our Culture and Electronic Sound magazine. The “When She Flashes Her Smile On Me” single was crowned BBC 6Music Recommends Track of the Week, and has gained 150K Spotify streams. including a BBC 6Music Recommends Track of the Week, a Guest Mix for Tom Ravenscroft, heavy airplay from Huw Stephens on BBC Radio 1, and a live session for BBC Introducing.

Crackling with the same sense of spontaneity as his studio productions, Inwards' absorbing, organic live shows (which see his tracks taking on new forms each time, often complemented by live visuals), have seen him gaining quite a reputation, playing sets alongside Forest Swords, Lapalux, Adam Betts (Three Trapped Tigers) and Tyondai Braxton (Battles) to add to headline dates and festivals including The Great Escape and Brighton Digital Festival.