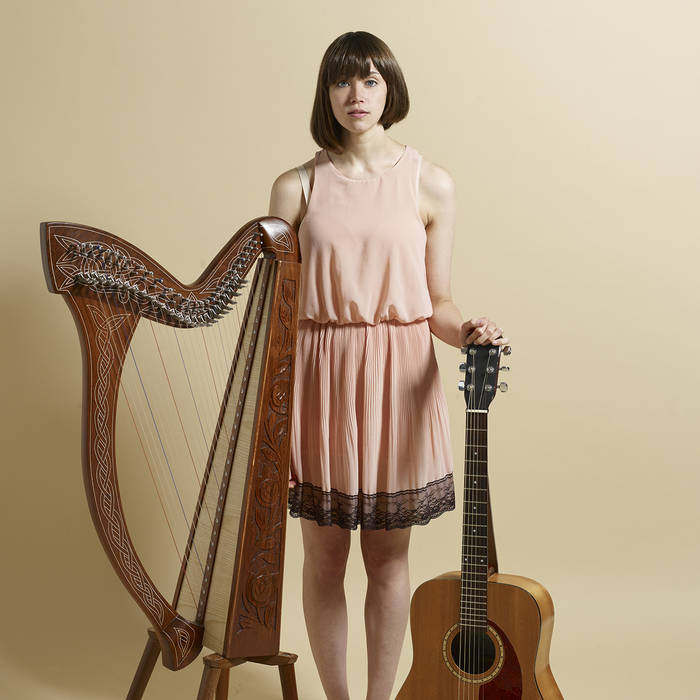 Out 8th December, “In Trees” is the first in a series of singles to be released by Natalie Evans ahead of her debut album on Small Pond Recordings. The London based singer and multi-instrumentalist fuses a virtuosic talent on guitar, harp and piano with finely tuned songwriting sensibilities, her deceptively simple lyrical lines wrapped in winning hooks and harmonies.

The intricate, finger-picked guitar intro of “In Trees” opens out into richly layered and evocative vocals and piano, propelled by percussion sounds created from stamping and clapping in the reverb-heavy acoustics of the cavernous barn-turned-studio of producer Martin Ruffin. The lyrical themes, which dwell on the contrasts between childhood and adulthood, are reflected in a soundtrack that combines a sense of wide-eyed charm and complex musical craftsmanship.

Influenced as a songwriter by eclectic artists including Jeffrey Lewis, Warpaint, Björk and TTNG, Natalie Evans has herself inspired comparisons with the likes of folk sensation and fellow harpist Joanna Newsom. Her burgeoning career to date has seen her attracting a fanbase through self-releases including the “Houses” EP, and her collaboration on Delta Sleep’s track “Camp Adventure” which has become a cult classic with 1.5 million Spotify streams and counting. Further collaborations include work with TTNG (Sargent House) side-project The Otter Years, and Apidae (Dumont Dumont). A split single release with rising US star Yvette Young accompanied a joint tour of California; also playing extensively in the UK, Evans has performed alongside artists including Laucan (Sunday Best), Tall Ships (FatCat) and Delta Sleep (Big Scary Monsters).

Although she’d had no classical training, Evans’s fascination with classical music inspired her to learn piano and harp in recent years, her innate talent and dedicated daily practice leading her to achieve an astonishingly high level. These instruments add to her mastery of the guitar, which began as a teen hobby and became something of an obsession when she discovered the finger-picking style that she has gone on to make her mainstay.

On her catchy, folk-leaning songs, the eternally ingrained pop-punk influences of Evans’s youth are shot through with unusual twists, like backing vocal harmonies inspired by the work of leftfield/jazz star Tigran Hamasyan and arrangements that draw on Sigur Ros, Owen and Sufjan Stevens. A constantly surprising artist and a captivating live performer, her new album and accompanying live shows are set to bring Natalie Evans’s unique yet instantly accessible style to much wider renown.