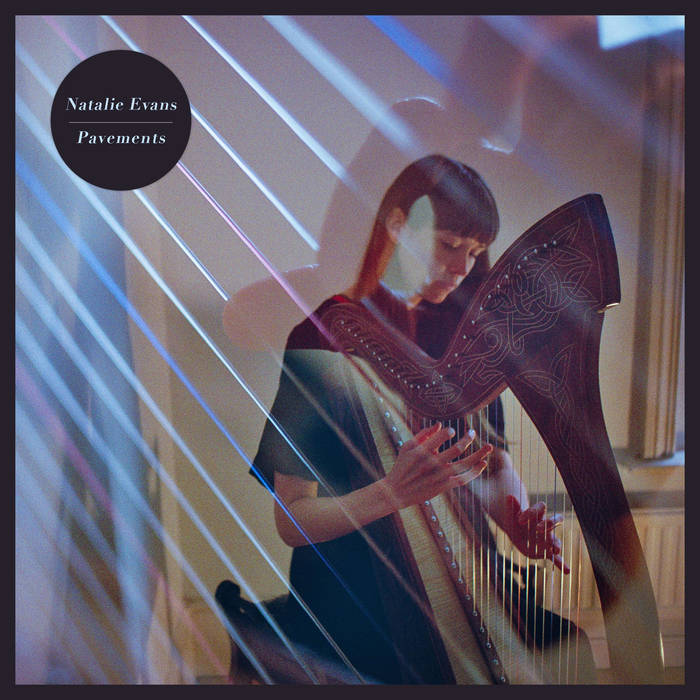 alejandro gaston Suarez I'm in love with her songs since I saw on Instagram a story from Sam Khol (ex-Sea In The Sky).
Pavements is amazingly calm and peaceful, take you to a lots of places

“An artist to watch… I love this” – LAUREN LAVERNE (BBC 6MUSIC)

“A wonderful, wistful celebration of life in all its minute glory… one of this year’s best” – ECHOES & DUST


“Pavements” is the new single from Natalie Evans, out 15th February via Small Pond. Building on Evans’s hugely well-received 2018 debut album, this single illuminates two brand new recordings from the multi-instrumentalist and singer-songwriter, and the release coincides with the run-up to a flurry of live shows including a London headline.

With an international cult fanbase already hanging on her every note, Natalie Evans’s debut album ‘Better At Night’ (and several single releases from the record) saw her intricate compositions and characterful vocals reaching more ears than ever before. Heavy support across BBC 6Music from Huw Stephens, Lauren Laverne, Guy Garvey, Radcliffe & Maconie - to add to the likes of Nick Luscombe (Late Junction, BBC R3), BBC Introducing, John Kennedy (Radio X), and live sessions for Robert Elms (BBC London) and BBC Radio Kent - has been joined by a wealth of press, podcast and playlist support, a widespread live tour, and festivals including ArcTanGent.

The new songs continue to luxuriate in the vivid minutiae of life, channelling themes of nostalgia, the passing of time and human connection with a poetic lightness of touch. Lead track “Pavements” showcases Evans’s skilful harp playing, which has seen her compared with the likes of Joanna Newsom, alongside her affinity for vocal harmonies. Blossoming from a traditional, folk-influenced harp song, the ambient outro - a wash of layered and looped vocals, guitar and synths - lifts the lid on Evans’s current fascination with electronic music techniques, hinting at future forays and experiments in that direction.

B-side “Always Be” centres on delayed electric guitar and piano, intertwining around the vocal in an arrangement that elegantly and subtly reflects a cosily insular lyrical world. “It’s about a first love that you expect will last, being with someone who has the same interests and insecurities as you and encouraging each other through it”, says Evans.

Studious and curious, Evans is influenced as a songwriter by a hugely eclectic array of artists from the pop-punk, math-rock, folk, experimental and classical worlds. On these two tracks alone, she cites as inspirations the harpists Joanna Newsom and Woodpecker Wooliams; the production, treatment and layering of The Japanese House and Juana Molina; and Fionn Regan and Vasudeva for their respectively fingerpicked and delay-heavy guitar styles. For all her wide-ranging muses, the songs and delivery of Natalie Evans are always distinctive, instantly recognisable, and deeply connective.

On the release of her debut album, and the inspiration and momentum it has sparked, she elaborates: “Last year it felt incredibly satisfying to release my album which I'd been working on for a long time, and to have those songs out in the world. It was amazing to receive so much support and to be constantly busy as a result - it was definitely my most active year so far in terms of live shows and releases and I felt very inspired. Putting a live band together was something I'd wanted to do for a while, and I could not have found better people to do that with. I’m excited for us to play more together, for the upcoming gigs, and to record again as I have been writing lots of new music!” With these two new songs as a taster, fans can rest assured that there will be plenty more to come from Natalie Evans in the near future.