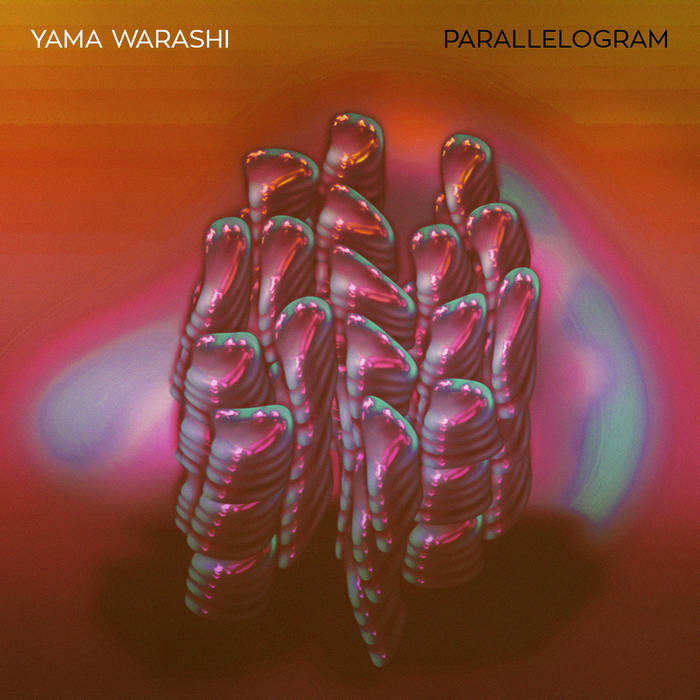 Out digitally on 17th July, “Parallelogram” is the next single to be lifted from Bristol-based psych/art-rock outfit Yama Warashi’s celebrated second album, ‘Boiled Moon’, with the addition of a brand new remix from Bristol experimental jazz tearaways Ishmael Ensemble.

Yama Warashi is the project of Yoshino Shigihara, a Japanese musician and visual artist whose past endeavours include cult favourites Zun Zun Egui (Bella Union), of which she was a co-founder. Inspired by Japanese folk dance, free jazz and tribal African music, and heavily saturated in psychedelia, Yama Warashi’s songs are lyrically outlandish and charming, melodically addictive and mythical; the band name translates from Shigihara’s native tongue as “small childlike mountain spirit”.

The Afrobeat-infused “Parallelogram” brings a driving, energetic groove that spirals out into a psychedelic sound-world. The song explores an intense realisation that for anything to happen in this world, forces must act simultaneously; its title referencing the concept of the ‘parallelogram of forces’.

The Ishmael Ensemble Remix builds on a reciprocal creative relationship between Shigihara and Ishmael Ensemble’s main man Pete Cunnigham, nurtured in the Bristol scene. Producer Cunnigham has led his band to huge acclaim in recent years, their recent album receiving the Guardian’s Jazz Album of the Week accolade, to add to live BBC 6Music sessions for Gilles Peterson and Tom Ravenscroft.

"I've been a big fan of Yama Warashi from afar for the last few years”, says Cunningham; “I always found inspiration in the group’s subtle and playful approach to interesting time signatures & instrumentation. It wasn't until Yoshino & I worked together on the Ishmael Ensemble track "Yellow House" that I thought it would be cool to return the favour by providing a remix. Parallelogram stood out for me as a highlight with its shuffling drum beat & syncopated horn parts. As always in Yoshino's music, there's something beautiful in the chaos and I wanted to keep this at the core of the remix but really let the groove play out."

Shighara adds: “Pete transformed 'Parallelogram' into a different dimension. He made it atmospheric like a warm Sun. It feels like we are riding a floating train into space. I love how he swapped around the order of lyrics and finished with the words too. I am so honoured to work with such a talented producer.”

Released in November 2018, ‘Boiled Moon’ was recorded with Ali Chant (PJ Harvey, M.Ward, Perfume Genius) at The Playpen in Bristol. The album has received heavy attention, opening up the already bubbling band to a wider audience with radio play including BBC 6Music’s Tom Ravenscroft, Guy Garvey, Radcliffe & Maconie, Tom Robinson, Gideon Coe and Stuart Maconie’s Freak Zone (for whom Shigihara also compiled a full Freak Zone Playlist); BBC Radio 3’s Late Junction, NTS Radio, and features on BBC World Service and Radio 4. This adds to positive press coverage from the likes of Dummy, The Guardian, Uncut, CMU and more, and a busy schedule of live shows for the captivating band.

Originally from Ashiya city, near Osaka, lifelong musician and multi-instrumentalist Yoshino Shigihara found herself brimming with inspiration on moving to the UK and settling in Bristol, although her music still draws heavily on Japanese folklore and mythology. As of Spring 2019 she has now moved to London where she is throwing herself into a new creative scene.