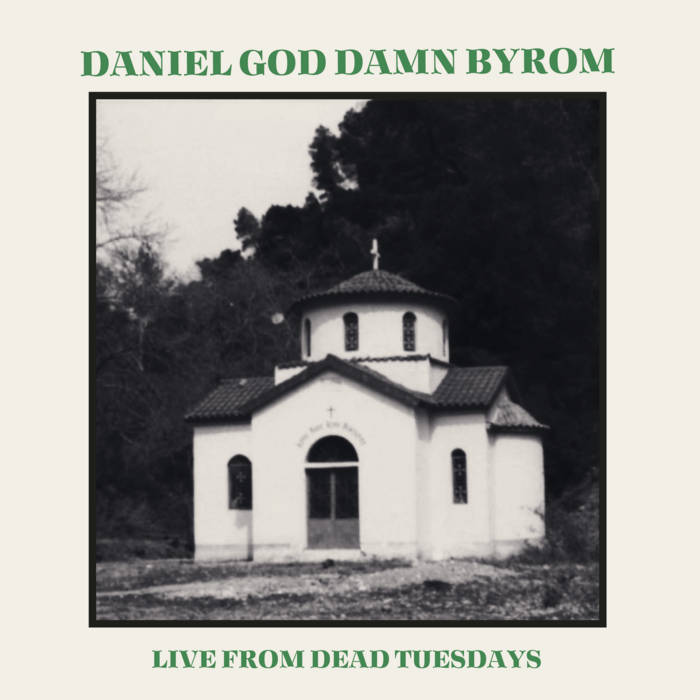 Daniel ‘God Damn’ Byrom is back with a new 4-track EP titled ‘Live from Dead Tuesday’s’, out 12th March on Small Pond. The EP is another collection of low-fi indie-folk gems, both heartfelt and melancholic in equal measure.

Following on from his debut EP ‘Live from Sad Claire’s Apartment’, which was released in October last year, ‘Live from Dead Tuesday’s’ picks up where the debut left off, existing in the same semi-fictional town created by Byrom: “I wanted ‘Live from Sad Claire’s Apartment’ to sound like a low-fi bedroom recording from the house of 'Claire'; full of hope and wonder. ‘Live from Dead Tuesday’s’ is based on a dive bar (taken from the Cat Stevens song ‘Tuesday’s Dead’), very dusty and loud and rough around the edges. It sounds ropier and closer to breaking point, full of the harsh reality of the wild world”.

Enamoured by the low-fi charm of early Bright Eyes and Daniel Johnston records, Byrom recorded all 4-tracks on a borrowed Tascam 8-track tape recorder, using an old Ampex mic, along with a host of second-hand instruments, including his beloved J. Busilacchio electric reef organ. This process imbues a sense of humble honesty in the recordings, as Byrom elaborates: “There is no glitz and glamour to hide behind, you have to rely entirely on the song and the performance. It was all recorded in my living room, with the loud whirring of the tape and the outside world adding an element of ambient noise. I find that unpolished sound really endearing”. The result is authentic and palpable, drawing the listener in to Byrom’s fictionalised world.

As the frontman and lead songwriter for alternative rock outfit Wild Cat Strike, Byrom often finds inspiration in both projects: “Struggling with writing for one often inspires me to write for the other, a different style and different arrangements”. Writing more out of compulsion than a hobby, his lyrical themes often revolve around patterns of words, using stream-of-consciousness to develop his meaning. Lead single ‘Michelle Was a Handsome Boy’ – out February 9th – is half a love song wrapped up in a narrative of cults and mass suicide, written almost entirely the first time Byrom played it. ‘Apple Bobbing’, on the other hand, is a self-reflective musing on amelioration and striving to be better. These somewhat disparate themes are deftly woven into an EP that retains a strong sense of place and identity, culminating in a collection of songs that meander charmingly between each other.

Both sad Claire and the rough and tumble dive bar Dead Tuesday’s conjure lonely images dripping with melancholia. However, it is Byrom’s ability to find hope within the darkness that give credence to his creations. His fictionalised world may be a dark and often unforgiving place, but it is full of people and places that truly feel real, existential explorations of what it means to be human.