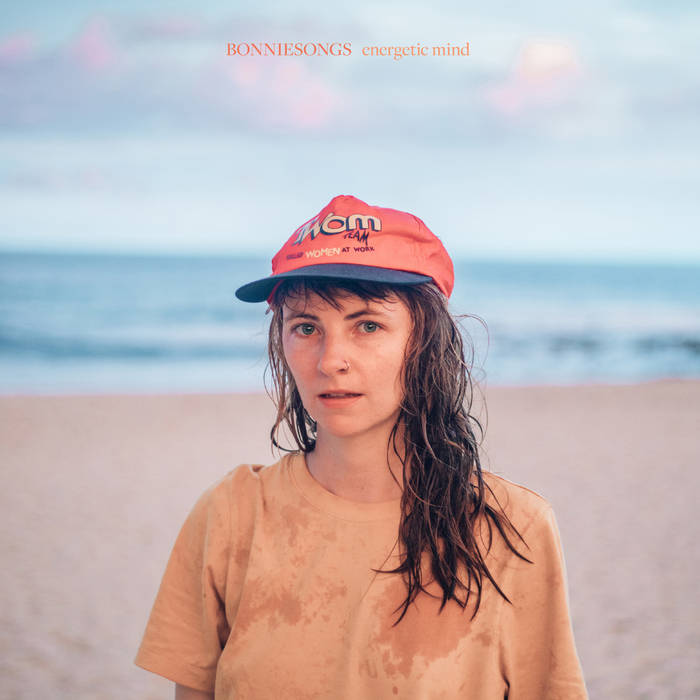 james mcilwrath I had this song on repeat for about 36 hours. Favorite track: Energetic Mind.

|THE WAR BETWEEN US |

Small Pond Records are delighted to announce that they have signed Sydney, Australia-based art-folk virtuoso Bonniesongs, aka Bonnie Stewart, and will release her debut album Energetic Mind in the UK on 6th September 2019.

Aussie experimental music label Art As Catharsis will be handling the release Down Under, with lead single ‘Ice Cream’ available to stream now in full ahead of its release on 23rd May 2019.

Commenting on the track, Stewart says: “I wrote it on an extremely hot summer’s day in my very small sweaty music room at my house in Sydney. All I wanted to do was be at the beach having refreshingly cold things (like ice cream...) but I was too hot to do anything about it.”

“Sometimes, no matter how sleepy or useless to the world you are, when you get a fun riff happening a new burst of energy can push past the sweat and laziness and you can manage to rock out. It's about fun, summer, friends, ice cream, being silly and not taking yourself too seriously. Also my favourite flavour is actually mint choc NOT vanilla, but it didn’t work as well…”

For a peck of audiences in Australia over the past couple of years, Stewart has been one of those subtly transcendent artists. Described as “dreamy experimental indie folk”, she’s steadily been creating an ever-broadening platform for her unique sound amongst the Sydney songwriting scene. On much of her earlier material, Stewart’s sweet, ghostly vocals sail over the polyrhythmic backgrounds created between her mandolin, percussion and vocal loops, while her imaginative lyrics tell diverse and dreamlike stories of treehouses, mice, birds, flying and video games.

Debut album Energetic Mind has taken a new, heavier, direction whilst also retaining the charm of her earlier releases, as the songwriter explains: “When I started writing for Bonniesongs, what came out was more dreamy folk, and often still is. I think the album is a balance of this ethereal soft sound but also a lot of darker grungy undertones have crept in. Recording made me realise the huge influence that 90s grunge/punk has had on my writing.”

Stewart’s previously-released four track debut EP Strings (2018) was released on Art As Catharsis, a bold collaboration with friends Sascha Bota and Freya Schack-Arnott. Six days after a one-off performance as a trio, they made a recording of their experimental, textural and improvised variations on Bonnie's songs. Drawing comparisons to Joanna Newsom, Alas no Axis, Cat Power, and Bjork, the record was widely praised for challenging conventions of modern Australian music.

Previous singles have received airplay from a wide range of Australian radio stations and press coverage from Tone Deaf, Everything Is Noise, A Closer Listen, and Overdrive Magazine.