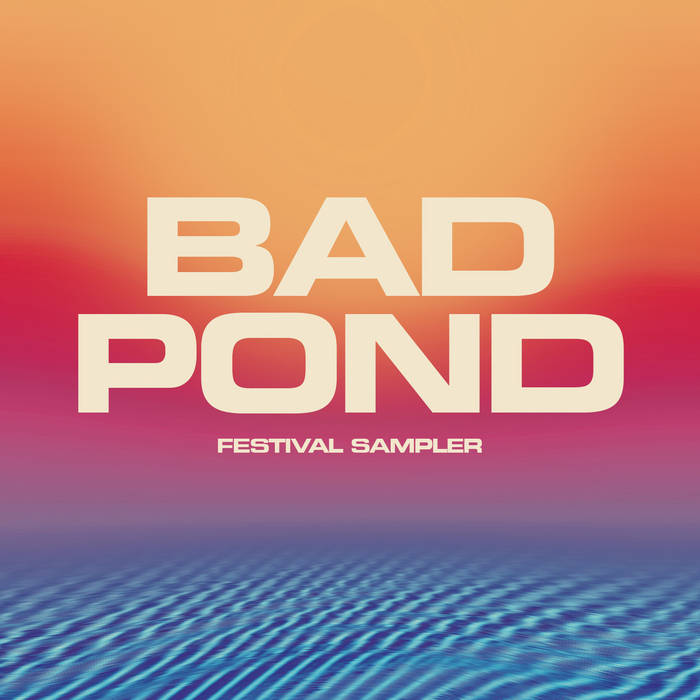 Bad Pond festival returns for its fourth year on 20th and 21st April 2019, with Jamie Lenman and Three Trapped Tigers leading an eclectic and arresting line-up. This year Bad Pond takes over the iconic Concorde 2 on Brighton’s seafront, increasing its capacity again following 2018’s sell-out showdown. The full line-up has now been announced, as well as day splits.

Bad Pond sees promoters Small Pond bringing some of their favourite bands and artists to make a huge noise in their south coast hometown. From the danceable, reinvented post-hardcore of ex-Reuben frontman (and now solo sensation) Jamie Lenman, and Three Trapped Tigers’ audacious, swirling mass of rhythmic noise and soaring melodies, the line-up takes in all flavours of experimental and alternative music, with a gleefully heavy streak, from world-renowned and newly discovered acts alike.

Alongside the main event, the after-party will be a late night experimental trip merging the organic with the electronic, with sets from The Physics House Band, Colossal Squid and Slugabed.

Bad Pond is another ambitious project from Small Pond – a young music company centred on a thriving recording and rehearsal studio complex in the heart of Brighton, which is becoming a favourite haunt for rising bands and renowned acts alike – many of whom have also stopped by to film live session videos or deliver masterclasses. With a keen ear for attention-grabbing music, the Small Pond record label is home to acts including The Physics House Band (a Guardian New Band Of The Week) alongside Natalie Evans, Inwards, InTechnicolour, Town Portal, Brian Campeau, Yama Warashi, Wild Cat Strike and Luo.

With previous Bad Pond line-ups boasting standout UK and international acts - including Delta Sleep, Yumi And The Weather, LibraLibra, Cousin Kula, Valerian Swing, Mouse On The Keys and Bo Ningen - this fast-growing event has established itself as a must-do for fans of alternative and progressive live music from across the world.